Information on the UNWDF, Road to Bern, MONET 2030 and the Cercle Indicateurs has been published on the website of the Swiss Union of Cities.

Two articles were published in the newsletter from the ESDN, one on the UNWDF and Road to Bern and the other on the new visualisation of MONET 2030.

You can also find more information at: https://www.sd-network.eu/resources/newsletter/ESDNewsletter_2020-03.html

The second dialogue of the Road to Bern via Geneva took place in an unprecedented way: online and split into two parts over two consecutive mornings.

The topic of the second dialogue was “Data protection against vulnerabilities: questions of trust, security and data confidentiality”.

The World Intellectual Property Organisation (WIPO) presented the first part of the dialogue while the International Committee of the Red Cross (ICRC) chaired the second part.

During the online dialogue, there were a number of contributions notably from Dennis Murathaty, Chief Security Officer, WIPO; Vincent Cassard, Deputy Head, Data Protection Office, ICRC; and Regina Scartazzini Ditsch, Legal Service, Federal Statistical Office, speaking about data protection and the needs and challenges this involves. During the second part of the dialogue, in addition to contributions discussing new stakeholders and approaches, the participants were placed in virtual groups to brainstorm the discussions and recommendations to be brought to Bern during the UNWDF.

The third dialogue will take place at the end of May, once again online. https://roadtobern.swiss/fr/event/2eme-dialogue-du-road-to-bern-via-geneve-protection-des-donnees/

The Swiss Federal Statistical Office wrote an article in bulletin 1/20 of the Swiss Academy of Humanities and Social Science based on the topic of inequality.

The title of the article was “A different perception of the environment” (original title « Unterschiedliche Wahrnehmung der Umwelt »). Here is a summary:

The environmental statistics are mainly based on measurements of nature. But how does the population perceive the environment? This question is the subject of the “Quality of the environment and environmental behaviour” survey that was carried out in 2019 by the Federal Statistical Office (FSO) for the third time. Apart from changes over time, the survey also reveals differences in perception between social groups. In 2019, the evaluation of the state of the environment by the population was far poorer than in previous surveys: in assessing the quality of the environment in Switzerland, the proportion of positive evaluations fell from 92% to 84% since 2011. The comparison between different socio-economic groups shows that the resident foreign population tend to evaluate the quality of the environment more positively than Swiss nationals. Persons in financial need said more often than other groups that they suffered from the consequences of noise, air pollution and radiation. Furthermore there are no longer significant differences between men and women in the evaluation of the quality of the environment. In contrast, the survey has shown that women, persons having completed higher education and persons who are better off financially tend to behave in a more ecological way than other groups, at least in terms of buying organic products. https://sagw.ch/fr/assh/offre/publications/bulletins-de-lassh/ 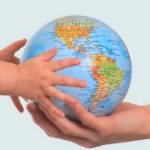 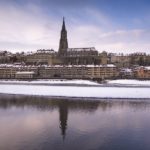 The 8th Global Forum on Gender Statistics, the EFARN event and the public roundtable on gender equality in film have been postponed.
22 July 2020 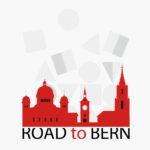 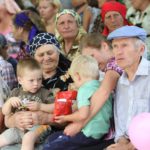