Violence against women in the public and private spheres: measure it to end it 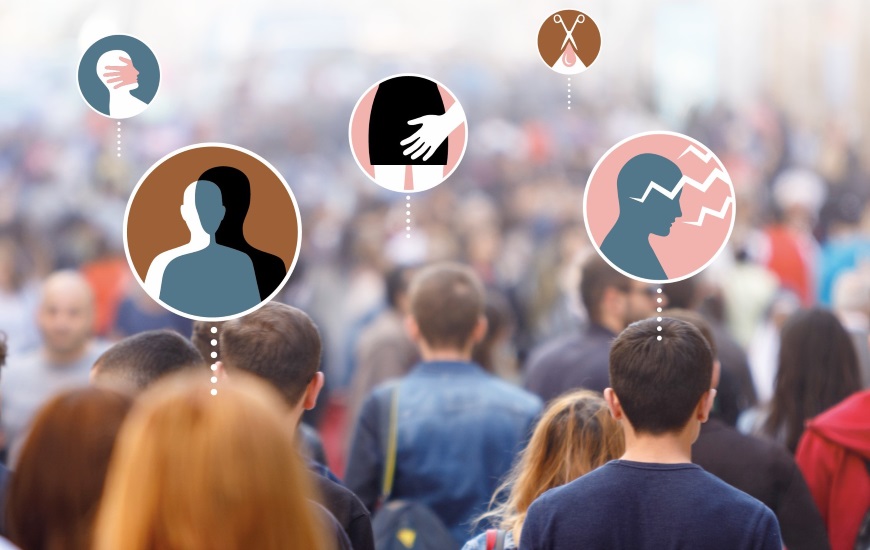 Violence against women is a serious violation of human rights and a manifestation of the unequal balance of power between women and men. According to the United Nations, a total of 87,000 women were intentionally killed in 2017 and 58% of them were killed by intimate partners or other family members, meaning that every day, 137 women are killed by someone whom they would normally trust and expect to care for them. In addition, the COVID-19 pandemic with its accompanying restrictions on mobility, often trapping victims of violence in closed spaces with perpetrators, have led to a worsening of the situation: emerging data and reports have shown an increase in all types of violence against women and girls, particularly domestic violence, in many countries.
Violence against women in public life was the subject of a 2018 joint regional study by the Parliamentary Assembly and the Interparliamentary Union (IPU), which revealed alarming levels of sexism, harassment and violence against women in national parliaments. A staggering 85% of female MPs who took part in the study reported having been subjected to psychological violence during their terms in office, and nearly one quarter of women parliamentarians had been victims of sexual harassment.
The Parliamentary Assembly (PACE) has consistently condemned violence against women and domestic violence. In 2008, PACE called for the adoption of legally binding European standards on violence against women, which led to the negotiation and drafting of the Council of Europe Convention on preventing and combating violence against women and domestic violence (the Istanbul Convention), Europe’s gold standard for combating VAW.
Article 11 of the convention requires States Parties to collect disaggregated relevant statistical data on all the forms of violence covered by the treaty, recognising that data collection is not merely a technical issue. It is first and foremost a powerful tool for targeted policy making to prevent and combat violence against women, and the foundation for efficient action by member States to tackle this shameful scourge of our times.
Our panel will discuss the importance of data, statistics and indicators in ending violence against women and monitoring progress towards the achievement of UN Sustainable Development Goal 5: Achieve gender equality and empower all women and girls, and its target 5.2: Eliminate all forms of violence against all women and girls in the public and private spheres, including trafficking and sexual and other types of exploitation. Speakers will also examine existing challenges in this regard as well as good practices at national, European and global level. The discussion during this event will provide input and feed into the work of the UN World Data Forum, to be hosted by Switzerland in October 2021, which will focus, among others, on gender statistics.